1964–65 saw the delivery of the third design in Digital Equipment Corporation's series of 18–bit computers[1] - the PDP–7, the first of their computers to use "FlipChip" technology.  A later PDP–7 revision, the PDP–7/A, was produced using R series modules, and at the end of production a total of 99[2] PDP–7 and PDP–7/A systems had apparently been shipped.  As a minicomputer the PDP–7 had a cycle time of 1.75 microseconds[3] and an add time of 4 microseconds, I/O included a keyboard, printer, paper–tape and dual transport DECtape drives (type 555).  Of the original sales target of 120 PDP–7 systems, quite a number were used in laboratory and data acquisition applications and it remained in production for five years.  DEC provided an "advanced" Fortran II compiler, a Symbolic Assembler, Editor, DDT Debugging System, Maintenance routines and a library of arithmetic, utility and programming aids developed on the program–compatible PDP–4.

The PDP–7 was developed as a less expensive alternative to the earlier PDP range and it had an introductory price tag of only $72,000 for a minimal system configuration (options list).  Utilising core memory as did most machines of its era, the PDP–7's 18–bit memory started at 4K words, upgradeable in 4K chunks to a maximum of 64K, a miniscule amount by today's standards!  There was range of I/O units available including Calcomp plotters, DECtape magnetic tape, paper tape readers and high speed paper tape punches, DEC 340 CRT display unit and the ubiquitous Teletype ASR33.

PDP is an abbreviation for Programmed Data Processor, coined by Digital Equipment Corporation and a Boston venture capital company American Research and Development.  There was a perceived view at the time that with a limited world market for "Computers" of just a few hundred, of what were seemingly big and expensive machines requiring a dedicated computer centre and a large supporting staff, the term "Computer" should be avoided as there was no money to be made in computers! (doh!), and so was born the PDP - the "Programmed Data Processor".

December 2019 -   Of the supposedly 120 PDP–7's originally built (99 traceable) only four had been confirmed to exist in the wild, with only one being in an operable condition.  However as of November 2019 several sources have contacted us to let us know of a 5th machine that has been recently donated to, and installed at, The Living Computer Museum (Seattle, Washington) and that it is now running Unix V0.  Originally delivered to Boeing it is believed that the Boeing Development Center’s PDP–7 was interconnected with an SDS 940, forming a system to display processed data.  There is only one PDP–7 listed at Boeing in the DEC PDP–7 service list, that being machine #129, a PDP–7A, delivered in August 1966 and listed as "Boeing Co. #2", the list does not appear to have a "Boeing #1".  See link #5 below. 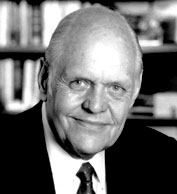 We have received the sad news that Ken Olsen co–founder of Digital Equipment Corporation, has died at the age of 84.  Digital Equipment Corporation during the 1960's through to the 1980's was one of the major players in the computer industry with their range of PDP and VAX series computers.  Ken died on Sunday, February 6, 2011.  He would have been 85 years old on February 20.  Our condolences to Ken's family.  (Obituary, copy).

If you know of any more information about the PDP–7, options, location of existing systems, spare parts, ancillary bits, software, tapes or manuals, then please let us know.

Our own library of PDP–7 information.

PDP–7 Service list (1972)
The following list information was compiled from Digital Equipment Corporation's 1972 18–bit Customer Service List (kindly supplied by Bob Supnik), available as a download (6.5Mb pdf), and lists the 99 known PDP–7 and PDP–7/A systems on the list in 1972.  120 systems were forecast to be built in total, but at this time we do not have any further information about the possible remaining 21 systems or if they were even built.  The PDP–7 appeared to have sold well into Government research and University sectors with 11 systems shipped to the UK alone, almost 10% of the forecast production run!  Serial numbers are concurrent for both PDP–7's and the PDP–7/A's giving 102 systems shipped but with three missing in the list.  The missing 21 could be of either type; however we are now confident that the 99 systems shipped were the only ones ever built.

Systems in green are systems existing today in museums or private collections, although not necessarily in an operational state.  Two machines however, S#113 and S#129, have been restored and are now fully operational and open to public viewing at the Living Computer Museum in Seattle.  The 18–bit Customer Service List covers PDP–7 S#1–50 with S#22 and S#46 missing and PDP–7/A's S#101–152 with S#125 missing, making it 99 systems shipped of the potential 102 serial numbers.


A full list, to our knowledge, of the available options on a PDP–7 is available.

Miscellaneous DEC information, manuals, data sheets, Etc. mostly for the PDP–7 of course! but there is some PDP–11 and PDP–15 info in here as well.